The very first Red Nose Day was in 1988 and raised a whacking £15 million!

Top telly action (viewed by over 30 million) included the Young Ones on "University Challenge" and "Blackadder - the Cavalier Years". Mel Smith and Kim Wilde provided the sounds with the cracking tune "Rockin' around the Christmas Tree", which raised the massive amount of £76,610 for Comic Relief that year. 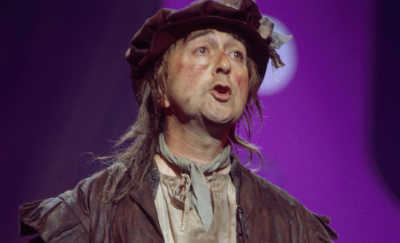 A fantastic night of telly on the BBC featuring everyone funny from Lenny Henry to Billy Connolly, from Griff Rhys-Jones to the Cast of Neighbours, from Stavros to loadsamoney and including the, horrific premiere of .. Night of the Comic Dead - a terrifying tale of ordinary folk haunted by a disgusting array of Comic Ghouls from French &. Saunders to Frank Carson.

Dawn French, Jennifer Saunders and Kathy Burke reached number 3 in the UK charts with their dead sophisticated "Lananeenoonoo" single (with a little help from Bananarama).