Who can possibly forget that kickin' classic from Hale and Pace 'The Stonk'?

But before you scoff, £200,000 worth of singles were shifted, raising more than £100,000. Six hours of prime TV comedy, including Tom Jones thrashing Theophilus P. Wildebeest to win 'Battle Of The Sex Gods' and a ruddy brilliant Abba performance by French & Saunders and Raw Sex (whose rider included six bags of boiled sweets, barrows of beer and quite a few chocolates) also contributed to keeping the money coming in – in fact, a stonking £20m came in.

* For those of you aren't aware, "Stonker" actually means something quite cheeky in Yorkshire.

"INVASION OF THE COMIC TOMATOES"

Top telly included Mr Bean in a 'Blind Date' spectacular, Angus Deayton, Ian Hislop and Paul Merton taking on assorted sporty celebs in "Have I Got A Question Of Sport For You". More serious stuff included documentaries with Joanna Lumley in Eritrea, Tony Robinson in Uganda - reporting on the AIDS epidemic - and Lenny Henry in war torn Somalia.

In all an amazing £18m was raised. 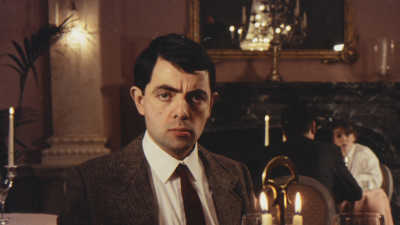 "WHAT A DIFFERENCE A DAY MAKES"

310,000 copies of 'Love Can Build A Bridge'. (Chrissie Hynde, Cher and Neneh Cherry) were sold. Television viewing included Billy Connolly in Mozambique and Victoria Wood in drought-ridden Zimbabwe as well as The Slobs on Masterchef and Vic Reeves and Bob Mortimer drinking 75 pints whilst belting out 'I Can't Live If Living Is Without You'. Not forgetting the infamous Hugh Grant and Dawn French kissing scene. 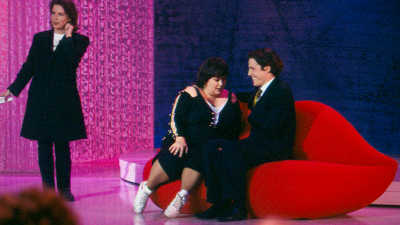 1997 saw the production of that brilliant video to the Spice Girls single 'Who Do You Think You Are?'.

Dawn French, Jennifer Saunders and Kathy Burke joined the girl band in a revamp of their iconic video, selling 672,577 copies.

The Tony Ferrino (aka Steve Coogan) and Bjork duet, Wayne and Waynetta Slob and the in-depth Spice Girls snog with Jonathan Ross, Griff Rhys Jones and Lenny Henry are other memorable events that took place this year.

Over £27m was raised from people’s “small change” – money that will certainly make a big difference! 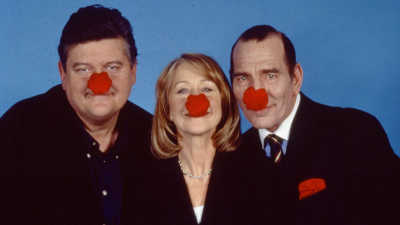 Red Nose Day 1999 really was The Record Breaker - with more than £35 million raised.

Boyzone produced the stompin' single When The Going Gets Tough, The Tough Get Going, which reaches No 1 in the charts.

Red Nose Day 1999 broke hundreds of records - one of them being 'The most naked people on stage at one time'. 101 game lads and lasses went starkers for the nation. 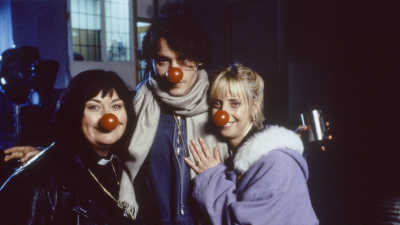 Vicar of Dibley with Johnny Depp

The Vicar of Dibley hears Johnny Depp is in town.