Among the many telly treats there was Billy Connolly's naked streak around Piccadilly Circus, Jack Dee's victory in the celebrity Big Brother house and Ali G's interview with Posh and Becks.

Meanwhile, Westlife’s super cover of Uptown Girl sold more than one million copies and reached No 1 in the UK singles chart. 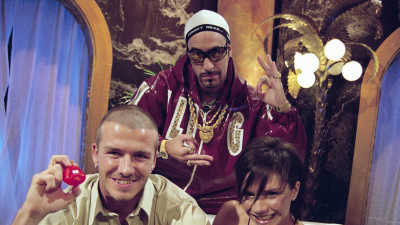 Ali G and the Beckhams

When Ali G met the Beckhams

"THE BIG HAIR DO"

No toupee was left unturned as people did all sorts of things to their barnets for The Big Hair Do.

A whole host of top TV personalities including Ruby Wax put on a show on Celebrity Fame Academy, while the famous faces on Driving School failed spectacularly to get into gear.

A night of top entertainment also saw some hilarious sketches - Harry Potter and the Secret Chamberpot of Azerbajian seeing Harry (in the shape of Dawn French) become a woman, and Lenny Henry and Rowan Atkinson spoofing Martin Bashir's interview with Michael Jackson.

On the music front, Spirit in the Sky by Gareth Gates and The Kumars reached No 1 and became the second-biggest single of 2003. In total, a big £61.6 million was raised! 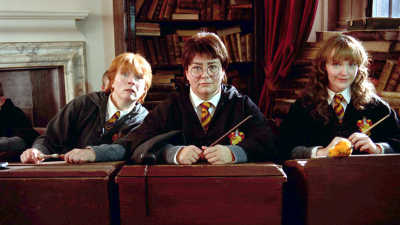 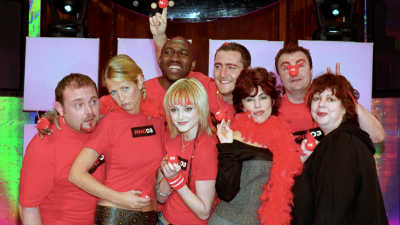 "BIG HAIR AND BEYOND"

Big hair was the order of the day for the tenth-ever Red Nose Day!

Millions tuned in for the telly extravaganza and saw celebs put their vocal talents to the test on Comic Relief Does Fame Academy, while Rowan Atkinson got his superhero togs on in Spider-Plant Man. Topping it off were some truly unique Little Britain sketches featuring Sir Elton John, George Michael and Robbie Williams, and a special Vicar of Dibley.

Peter Kay and Tony Christie’s masterpiece, Amarillo, was shown for the first time on Red Nose Day live. The single went straight in at No 1 and stayed at the top spot for seven weeks – selling over one million copies and becoming the biggest-selling download single of 2005. 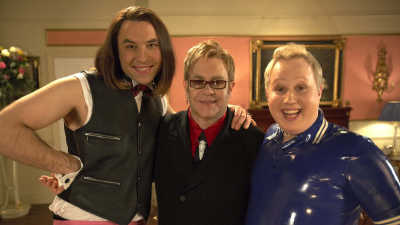 It really was The Big One!

The official music single ‘Walk this Way’ by Girls Aloud and the Sugababes hit the top of the charts while I’m The Proclaimers ‘(I’m Gonna Be) 500 Miles’ – featuring Peter Kay as Phoenix Night’s Brian Potter and Matt Lucas as Little Britain’s Andy Pipkin – became the fastest-selling video download ever. Thanks to you, Red Nose Day 2007 raised a whopping £67.7 million! 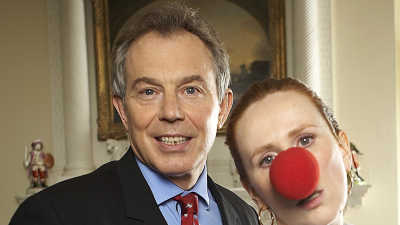 "DO SOMETHING FUNNY FOR MONEY"

Gary Barlow lead a BT sponsored team of celebrities up Mount Kilimanjaro, raising a whopping £3.5m along the way.

Some very famous faces took to the dance floor in Let’s Dance For Comic Relief, and two celebrity teams vied to pitch their business models to Sir Alan Sugar in an extra-special edition of The Apprentice, with the ladies coming out on top.

The night of TV featured a live performance from Take That, and a hilarious Mamma Mia tribute from French and Saunders, which was also their last ever sketch together. More than £82.3m was raised, smashing all previous Red Nose Day records. 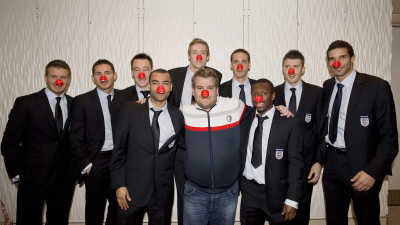