The BT Sport Relief Challenges were awe-inspiring as David Walliams took the plunge, swimming 140 miles in eight days for Walliams vs The Thames.

John Bishop’s Week of Hell saw the brave comedian cycle, row and run from Paris to London in just five days. Freddie Flintoff broke 14 Guinness World Records in 12 hours. And, not to be outdone by the boys, Blue Peter’s Helen Skelton decided to take on her own independent challenge, travelling 500 miles to the South Pole in just 18 days by ski, kite-ski and bike.

The night of star-studded TV featured comedy including Miranda and Ab Fab, and breathtaking moves in Strictly Come Dancing Underwater. Across the Sport Relief Weekend, over one million people took part in Sainsbury's Sport Relief Mile events, including a very special London Mile on The Mall. It all helped raise millions – a record-breaking £67,977,824 in fact! 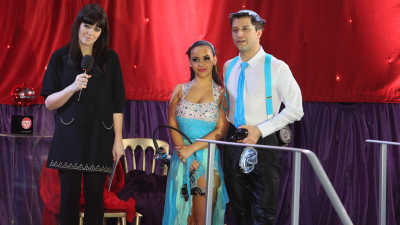