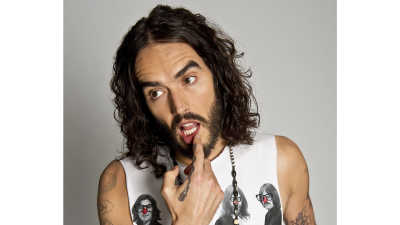 The Russell Brand-hosted comedy and music gig, ‘Give It Up for Comic Relief’ takes place at Wembley Arena today, with proceeds going to Comic Relief.

Starting at 7.30pm, people who have secured tickets to the gig are encouraged to arrive early to ensure they enjoy the full line-up including Nick Grimshaw’s contribution - DJ’ing onstage as people take their seats. Also announced this week, is that John Bishop will be joining the already star-studded line-up.

The concert, spearheaded by Russell Brand, seeks to raise money for, and create awareness of, those affected by drug and alcohol addiction. For those unable to attend the show, tune into BBC Radio 2 for exclusive backstage coverage hosted by Jo Whiley from 8pm or watch BBC Three who will be broadcasting the gig from 10pm on Wednesday 6th March.

BBC One will screen highlights from the concert on Friday 8th March at 11.35pm.

'Give It Up For Comic Relief’ is produced by Live Nation and money raised will be spent by Comic Relief to help support people affected by drug and alcohol addiction.