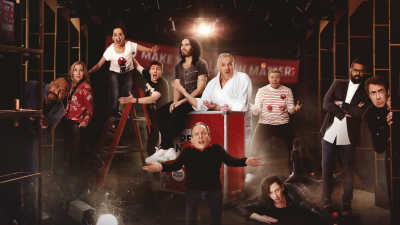 Red Nose Day is coming up on Friday 24th March and you know what that means: a night of comedy like no other. The fun starts on BBC One at 7pm as your favourite comics and celebrities come together for one mammoth night of live comedy, sketches, music and much more.

Other highlights include a special Hot Tub segment from Greg Davis, new stand up from Russell Brand, Graham Norton interviewing a gaggle of guests on a supersized sofa, and Noel Fielding and Jonathan Ross sharing some special Red Nose Day Musical Memories in a segment called 'Fantastic Beats & Where to Find Them'.

So, are you up for a laugh this Red Nose Day? Tune into BBC One at 7pm on Friday 24th March for a star-studded night of comedy, fundraising and the highly anticipated sequel to Love Actually, Red Nose Day Actually.

7 things you might have missed this Red Nose Day