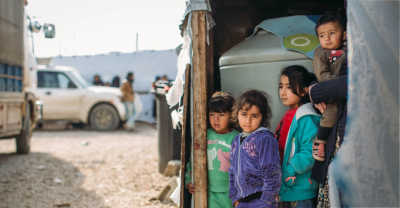 A safe place to be

This grant to Help Refugees supports people along the route as they are forced to flee their homes and make the treacherous, journey from the Middle East and North Africa into Europe and towards the UK, routinely facing risk of physical and sexual violence and often enduring State endorsed hostility and brutality.

This grant will pilot a new way of working with Intermediary funders like Help Refugees, sharing governance and co-creating a programme of support and funding, which shifts the power to grassroots communities and reaches places and people Comic Relief wouldn't traditionally have been able to reach.

Help Refugees is a young and dynamic organisation that provides direct service delivery as well as support and funding to small grassroots organisations in 10 countries. They have developed a model of practice which is effective and measurable and which above everything is able to evidence that individuals are treated with Humanity, Dignity, Respect and Hope. (Their widely recognised ‘Choose Love’ Campaign has become a worldwide movement promoting hope, unity and positivity supported by many high-profile individuals).