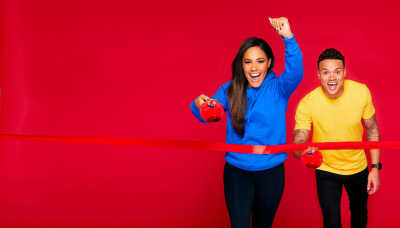 THE RED NOSE AND SPOON RACE

Your donations have the power to help people living incredibly tough lives. If you can, please give now.

Thank you so much for supporting The Red Nose and Spoon Race teams throughout this very special challenge. Your donation is really powerful. You’re helping to support people living incredibly tough lives, including those hit hardest by the Coronavirus crisis. Thank you.

Not had chance to donate? There's still plenty of time to show your support for the teams. Every donation has the power to make a difference so, if you can, please give now.

This March, The One Show’s very own Alex Scott and Jermaine Jenas pulled on their walking boots and put their fitness to the test (whilst giving the rest of us something to smile about), as they stepped outdoors, grabbed their… spoons, and went head to head in the hope of being crowned The Red Nose and Spoon Race champions.

Alongside some incredible teammates from Comic Relief funded projects across the UK, they attempted to keep spirits high and noses firmly on spoons, whilst setting out to hike an epic distance of over one hundred kilometres in just three days. Along the way, they faced some surprise challenges, took on the elements and pushed themselves to their limit as they battled it out for the crown.

Not only did the teams raise a smile, but the money raised through the challenge will help tackle homelessness, child poverty, domestic abuse and mental health stigma, providing vital support to those living incredibly tough lives. 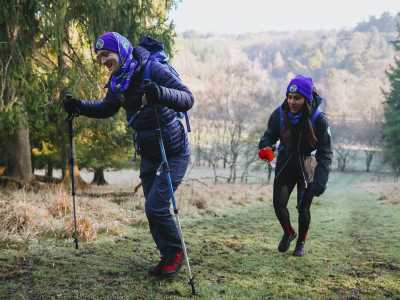 Each team had to navigate their way across steep hills, freezing open water and thick forest – all whilst battling the unpredictable Great British weather and inevitable arm ache –in the hope of securing victory. 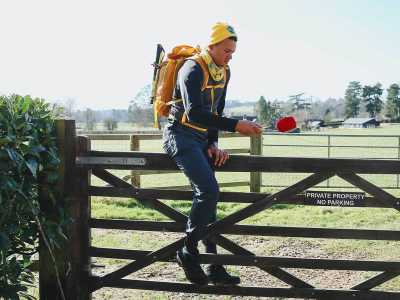 Not only did the teams need to be quick on their feet, but they also needed to keep their Noses off the ground, as each Nose drop resulted in a time penalty that could cost them the crown. 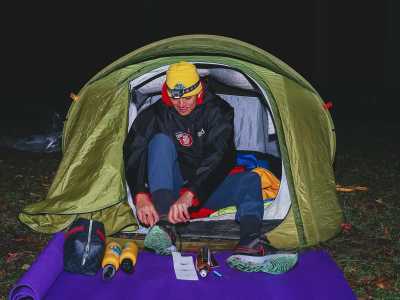 The teams had to forego luxuries and embrace the great outdoors, as after each demanding day they had to pitch their tents and sleep out under the stars, before picking their spoons back up the next morning.

WHY DID THEY TAKE ON THIS CHALLENGE?

The teams were racing for your donations this Red Nose Day. The money you give supports life-changing projects both across the UK and around the world that are tackling mental health stigma, taking action against domestic abuse, providing safety to families who need support, and helping to give children the best start in life. With the impact of the Coronavirus pandemic increasing demand, the money raised also reaches some of the most vulnerable in society who have been hit hardest by this crisis. 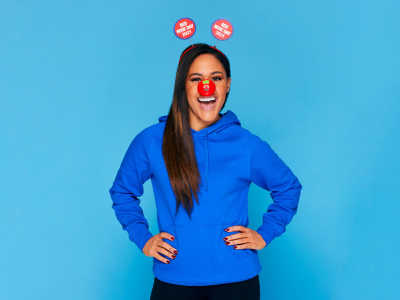 Heading up the blue team was The One Show’s very own Alex Scott, who did everything she could to make sure her team crossed the finish line first. Alex was joined by twenty-five-year old Nikita, a mental health advocate who spends her spare time volunteering for the mental health project HeadsUp, which is led by MIND in Harrow. Completing the team was Steve, a fundraising extraordinaire and dedicated member of The Choir With No Name, who run choirs for people who have experienced homelessness and marginalisation. 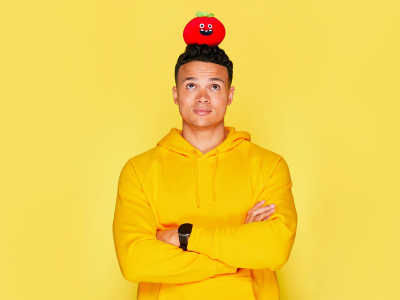 Offering up some friendly rivalry was fellow presenter Jermaine Jenas, who hoped to lead the yellow team to victory. He was joined by twenty-seven-year-old Emily, who volunteers as a van driver with FareShare in Bristol, delivering food parcels. Rounding out the trio was bona-fide super-mum Claire, who joined the race in support of Steps, a project dedicated to helping expand the movement capabilities of children with motor disorders.

The Red Nose and Spoon Race wouldn't have been possible without the incredible support of our partners and suppliers. A massive thank you to Berghaus, Regatta, Dryrobe, Bumpaa, Maaree Sports Bras, Princeton Tec Head Torches, Klean Kanteen Water Bottles and Helinox Walking Poles.