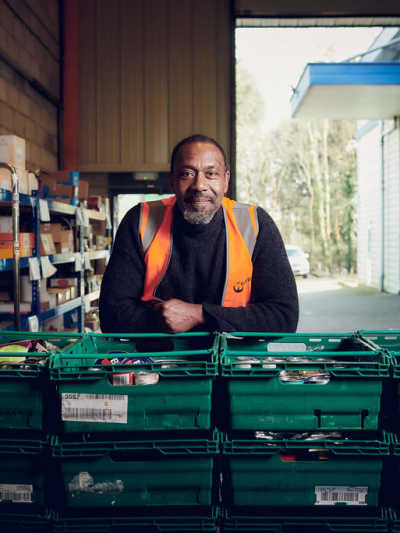 “We are committed to our vision of a just world free from poverty. We achieve this by being entertaining, engaging and accelerating change. We are a creative agency for social change. We invest in projects which focus on four of the biggest issues of our time.”

It’s been another action packed and fruitful 12 months and I’m exceptionally proud of how far we’ve come in an incredibly challenging climate for charities.

In March, we came together for a brilliant Red Nose Day. Amid intense media pressure, our campaigns across the year raised over £70 million. As well as a 24-hour Danceathon, a new group of celebrities returned to Kilimanjaro ten years on and we launched our online Prizeathon. We couldn’t have done Red Nose Day without incredible support of schools and the public who came out in force to support us. We attracted top comedy talent for a polished night of entertainment on the BBC from a Bodyguard special, Mamma Mia! Here We Go Yet Again and a mini remake of Four Weddings and a Funeral.

We also had other primetime programmes create special editions including a comedy version of University Challenge and a celebrity special of The Apprentice. Our Night of TV was hosted by an incredible line-up of presenters including Romesh Ranganathan, Lenny Henry and Alesha Dixon to name just a few.

We’ve been making changes to the way we make our appeal films. The changes started before Red Nose Day 2019 and we’re continuing to shift the tone and approach ahead of Sport Relief 2020. This change brings its own challenges, but we’re committed to telling stories to better represent the work we fund. We’re still listening and learning, but so far, the response to the changes we’ve made has been good.

And this year we had a greater focus on UK projects - a film on UK food poverty by Lenny Henry opened our Night of TV to help highlight the issue while also raising awareness that our funding aim is to split equally between UK and abroad.

We also introduced a new range of ethical merchandise, in collaboration with our partners TK Maxx and Disney which sold better than ever before. Good news for us because we raised more funds, and for the Ugandan farmers who supplied the organic cotton.

This year also saw the introduction of year round regular giving, as well as bringing the charity back to its comedy roots. We did this with a huge live show at Wembley Arena, a stand-up gig celebrating new talent at the Edinburgh Fringe Festival and now we’re starting a regular monthly comedy club.

Lenny Henry had a big birthday, so we made sure we celebrated in style bringing comedy talent together to celebrate the 30 plus years of his life he has dedicated to the charity.

Behind the scenes, we’re continuing to hone how we spend the funds raised. We believe that by focussing on fewer projects we can have increased impact.

I’m confident at the end of this year when I move on, I’ll be leaving a more dynamic, more digitally focused and flexible organisation that’s prepared to face the future. It’s been an absolute privilege to lead this incredibly creative charity, work with a wonderful mission driven team and meet the people being helped by the projects we fund.

If you’d like to find out more about the last year and our plans for the future, you’ll find lots more detail in our 2018-19 annual report.

We’re celebrating a great year. The trustees and I want to say thank you, and we are beaming with pride at the achievements of the executives and their teams.

The highlight is the progress made towards our vision of a just world free from poverty through the funds that we deliver to great causes. And, of course, reaching an audience to entertain, engage, and accelerate change. Our funding to organisations was over £70m, and our night of TV reached an average peak audience of 5.8m viewers.

Looking ahead, more than ever, we’re conscious of the impact our activities have on the environment. So, we’re reducing our use of plastic and maintaining our focus on ethical sourcing.

We’ve already held events for the next fundraising year, including Race to the Stones and the Celebrity Netball at the World Cup. More events are on the way along with our flagship Sport Relief TV event in March. We’d love to tell you about them but it’s all too secret! Seek us out on social media for more news.

The other big news here is the appointment of a new CEO as Liz Warner steps down after three years. I’m delighted that Alex Reid has accepted the role of CEO.

As we move into the fourth year of our five-year plan, Alex will be working with our executives and their teams to roll out a whole range of new initiatives, including revamped Red Nose Day plans, more flexible funding for projects and smarter use of technology.

Finally, I’d like to say a heartfelt thank you to Liz. Her unwavering commitment and boundless energy have meant we’ve come a long way, and I feel Comic Relief is better placed than ever to keep transforming lives across the world.

Also my thanks to all the wonderful staff, our outstanding Trustees and the thousands of people who have supported us.

If you want to find out more, do take a look at our Annual report.