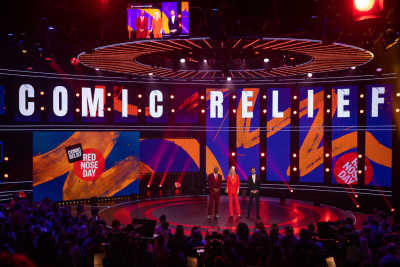 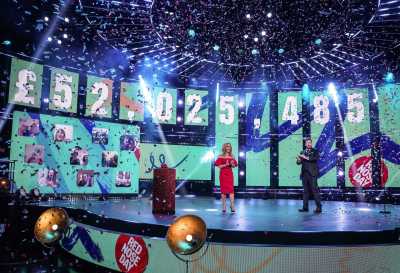 It never felt more important to use the power of laughter to make a difference to the people living incredibly tough lives in the UK and across the world this year.

Billy Monger took on an epic triathlon inspired challenge, and The One Show’s Alex Scott and Jermaine Jenas braved tough terrain to compete in the Red Nose and Spoon Race. The Radio1 LOL-a-thon with Scott Mills and Chris Stark returned and was bigger than ever with more than 24 hours of comedy gold. 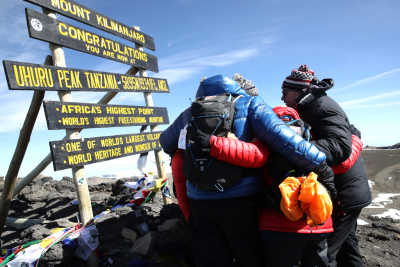 This year saw the return of the Kilimanjaro challenge with 9 celebrities including Ed Balls, Dani Dyer and Shirley Ballas taking on the 19,000 feet climb up Africa's highest mountain.

Claudia Winkleman and Tess Daly took on the longest ever Danceathon at the BBC Radio 2 studios. Scott Mills and Christ Stark completed Radio 1's 24-hour LOL-a-thon with the help of celebrity guests. There were celebrity specials of University Challenge and the Apprentice and the first ever Comic Relief Spectacular took place at The SSE Arena.

There was even a special reunion of the cast of Four Weddings and a Funeral for the first time in 25 years for 'One Red Nose Day and a Wedding'.

In total the British Public raised an incredible £63, 548, 668 to help people in the UK and around the world. 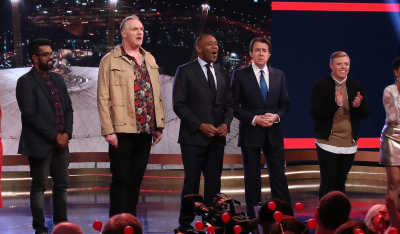 In the run up to this year's Red Nose Day, there were a whole host of 24-hour challenges raking in the cash.

First off, DJs Scott Mills and Chris Stark undertook an epic LOL-a-thon, telling joke after joke on air all through the night. Then Radio 2's Sara Cox boogied to a whole 24 hours of 80s tunes, raising well over one million pounds. A YouTube first, famous vloggers also took part in a 'RedOut', spreading an important message about vulnerable young people.

All of that, plus the generosity of the British public, saw Red Nose Day 2017 pull in over £76 million! 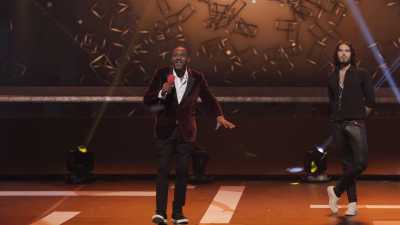 Dermot O’Leary smashed it for Comic Relief with his 24-hour day of dance. His non-stop jiggling, bouncing and banter on live TV raised a cool £1 million.

Oh what a night of TV it was too! The Vicar of Dibley got punchy in a hilarious bid to become a bishop, Daniel Craig and Roger Moore sounded seriously off-key as 007, while Stephen Hawking transformed into a super-size robot and attacked David Walliams in Little Britain. The laughs kept coming thick and fast with phenomenal performances from Lenny Henry, John Bishop, Davina McCall and Claudia Winkleman, Russell Brand, Cheryl Fernandez-Versini, Stephen Fry, David Gandy, Miranda Hart, Sheridan Smith and The Chuckle Brothers.

All that helped Red Nose Day 2015 raise an amazing £99,418,831. And if that wasn’t enough the night brought Comic Relief’s fundraising total, over the last 30 years, to more than £1 billion! 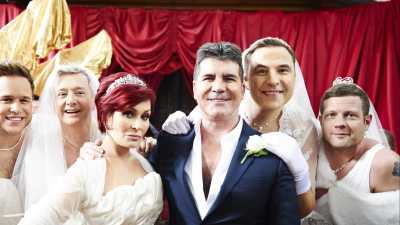 Our crack team of celebrity Fun Raisers challenged the British public to do something funny for money.

Celebrity friends Melanie C, Jack Dee, Chelsee Healey, Phillips Idowu, Greg James and Dara O'Briain raised £1.1 million rowing the Zambezi river. Back on dry land, Miranda Hart had a very Mad March and raised another £1.1 million. One Direction hit number one in 63 countries with their official single, 'One Way or Another (Teenage Kicks)'.

On the night of TV the public were treated to Call the Midwife, Simon Cowell's wedding and the return of two comedy legends, David Brent and the Vicar of Dibley. All that raised an incredible total of £100,331,808! 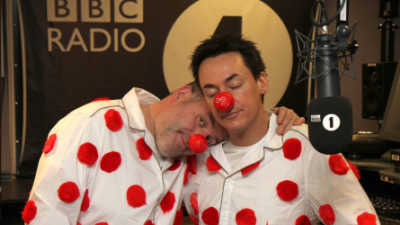 Chris Moyles earnt a place in the Guinness Book of records for his 52-hour marathon show on Radio One, raising a phenomenal £2.8 million. There was a fantastic Fake That tribute featuring Alan Carr, Catherine Tate, David Walliams, James Corden and John Bishop.

But all that was nothing compared to the positively mind-blowing generosity of the British public, who smashed all previous totals and raising a colossal £108,436,277!