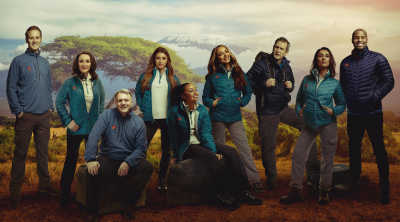 It’s been a Red Nose Day rollercoaster of a week, crammed to the rafters with fundraising fun.

In case you blinked, or were out sunbathing, here's a roundup.

1. Rehired: Celebrity Apprentice is back

The toughest business show on TV is back for Red Nose Day, and Lord Sugar will be putting ten more celebrities through their paces to raise money. The challenge? Organising an all-singing, all-dancing cabaret. Celebs include X Factor judge Ayda Williams and comedian Russell Kane. Tune in to see if they’re up to the job.

This year's prizeathon is particularly epic. So if you've ever fancied sharing breakfast with Sir David Attenborough, a packet of crisps with Tom Hiddleston or afternoon tea with the Queen (we mean the one from TV show, The Crown) and many more incredible experiences, now's your chance.

Coming up in 5 mins!

We've been cooking up a storm at over at Saturday Kitchen for the last few weeks, with Comic Relief founder Richard Curtis, comedian Rob Beckett and other special guests talking all things Red Nose Day. Saturday Kitchen has also launched a lip-smackingly good competition: dinner cooked by three celebrity chefs for five of your friends. Hurry, there's just one week left to enter.

4. Kilimanjaro challenge: the team come out on top

After a week of altitude sickness, blisters and bruises, tears and tough terrain, our team of intrepid celebrities has finally reached the summit of Mount Kilimanjaro. We are so proud of you, Team Kili - well done, and a big thank you. The money you've helped raise will help people in the UK and overseas.

5. Wedding of the year

Major excitement is building around the return of Four Weddings, which sees the cast reunited after 25 years apart. Tune in on Red Nose Day on 15 March and find out what they've been up to.

You are cordially invited to the wedding of the year... . #RedNoseDay returns on Friday 15th March and reunites the cast of ‘Four Weddings and a Funeral’ with a special one-off film shown as part of our night of entertainment on @bbcone - ‘One Red Nose Day and a Wedding’. Trust us, you’re going to want to RSVP(opens in new window)