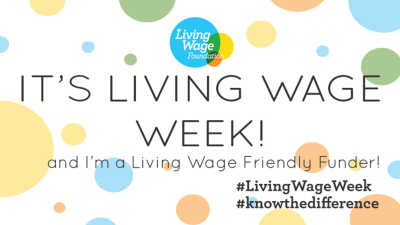 During Living Wage Week, Sue Wicks, Strategic Lead for Sport for Change at Comic Relief, takes a look at the Living Wage Friendly Funder initiative and explains why Comic Relief is proud to support it.

Increasing numbers of people in the UK are facing poverty and struggle to provide for themselves and their families. Approximately 5.5 million people are paid less than a real living wage that meets the cost of living. Having a job isn’t always the only answer and at Comic Relief, we know that many people and families across the country struggle to make ends meet even though they are in employment.

It is important to recognise that the real Living Wage is different from the ‘national living wage’ as set by Government in 2016. The real Living Wage rates[1] are independently-calculated based on an average basket of goods that employees and their families need to live on. They are calculated annually.

The initiative was made possible through the support of People’s Health Trust, and developed in collaboration with four other established funders – Trust for London, Barrow Cadbury, the Joseph Rowntree Foundation and Comic Relief, all of whom are themselves accredited real Living Wage employers. As of November 2017, 30 organisations have signed up as Living Wage Friendly Funders, including independent trusts and foundations, a lottery distributor, local authorities and private sector funders.

So why did Comic Relief want to get involved? We have a vision of a ‘Just world free from poverty’ and supporting the Living Wage Friendly Funders scheme illustrates our commitment to equality, and our desire to help lift people out of ‘in work’ poverty. Full time employees earning the real Living Wage earn approximately £32 a week more than those on the government minimum (outside of London), and £82 a week more in London. This can mean the difference of a decent meal or a warm home.

The decision to get involved came after a six month pilot, undertaken in 2014. We looked at grants which had been awarded and calculated the financial cost of uplifting those below the real Living Wage to that level. We also surveyed our grant holders to find out if they were supportive of Comic Relief joining the scheme. The feedback from grantees was overwhelmingly positive and the financial implications minimal. We questioned whether this was due to the fact that most grants awarded by Comic Relief are to medium sized charities, and whether the results would be the same if we looked at the small grants made via the Community Foundations. We ran an additional pilot with six of the Foundations to assess the impact of making those smaller grants at real Living Wage levels. While more grants needed uplifting, feedback from both the Foundations and grantees was fully supportive. As a result we have rolled this requirement out across the UKCF network for the grants distributed on behalf of Comic Relief. Several Foundations have subsequently been Living Wage accredited in their own right and at least two Foundations became Living Wage Friendly Funders.

The term ‘friendly’ was deliberately inserted into the collective descriptor to demonstrate the fact it is the intention of the Funder which is important. Every funder will implement the scheme slightly differently, but the common theme is the intent to increase the income of low paid workers in the voluntary and community sectors. It is not a punitive scheme and if applicants are unable to pay at the LW immediately, but want to work towards doing so, it could still be funded. At Comic Relief, we are implementing this scheme in our UK and devolved grant making, but not internationally given the complexities and challenges of doing so. While we encourage organisations to submit applications which include wages/salaries being paid at Living Wage, we would not penalise an organisation if it was unable to do so. We would however work with that organisation over the life of the grant to increase the rates of pay for the funded post(s).

Differentials between funded posts within an organisation can create a challenge for organisations applying for grants. However as the number of friendly funder’s increases, organisations should expect to submit applications at the real Living Wage rate and this will help to reduce the differentials. In addition we are told that applicants are using the fact that some posts are funded at the Living Wage as a negotiating tool with other funders that are not paying at that level.

When the Living Wage Friendly Funder initiative started, some grant makers were anxious about getting involved because of perceived challenges for applicants. Working together as a group of funders we have been very open about the fact we don’t have all the answers but do have a shared commitment to work together to address the challenges. It comes back to the issue of intent and the reason why fundamentally this is the right thing for grant makers to do. The causes of poverty are complex and in order to improve lives there should be a package of solutions across policy areas. The Living Wage can be part of the solution and Comic Relief is proud to be supporting it and the Living Wage Friendly Funder scheme through our UK grant programmes. 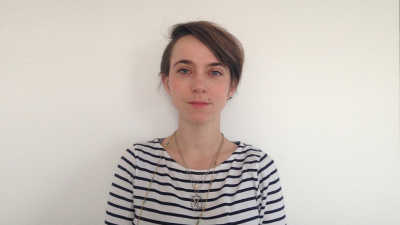 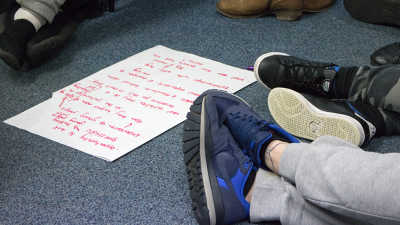 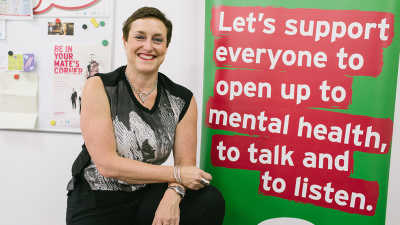