The animations are all created by young African film directors and use a mixture of humour, music and poetry to deliver entertaining but impactful messaging that could save someone’s life. They are already proving a hit with target communities in Ghana and Tanzania where malaria is one of the major causes of death.

The disease, which is both preventable and treatable, kills more than 400,000 people worldwide each year. Although countries have dramatically reduced the total number of malaria cases and deaths since 2000, progress in recent years has stalled and in some countries, malaria is on the rise.

With the UK premiere today, the three films, delivered in partnership with Comic Relief and global healthcare company GlaxoSmithKline (GSK) are:

The Underestimated Villain tells the story of an Anopheles mosquito the unstoppable and popular villain. The film uses humour and poetry to explore the failures in human behaviours through the mosquito’s perspective.  Poetra Asantewa creates a beautiful and engaging poem that coupled with the animation makes for powerful viewing. Watch here(opens in new window)

Mbuland is an all singing and dancing tale of a once healthy community of farmers who are targeted by deadly mosquitos which causes destruction. But can one passionate boy save his community? By using humour and songs and dance we watch a most brilliant plan transpire. Watch here(opens in new window)

Mozizi is a mockumentary’ that follows the film’s protagonist, an anthropomorphic human-mosquito ‘Mozizi’ who leads us on her journey in search of answers about malaria in Tanzania. A reality style camera crew follows her around as she wanders the streets in search of a ‘new home’ that personifies and demystifies the disease. Watch here(opens in new window).

Comfort Arthur, filmmaker said: “Through research and discussion with experts, we realised that many Ghanaians are aware of the preventive measures against malaria but the death rate due to malaria in Ghana is still exceedingly high due to a lack of understanding of the seriousness of the dangers.  Animation and poetry together can be a powerful tool when used to communicate emotions and ideas and I wanted to use this opportunity to discuss the issue of malaria in a unique, entertaining, and easy-to-perceive way that children and adults alike could understand.”

Amil Shivji, filmmaker said: “As a filmmaker based in Tanzania, I have found myself in many conversations about the need for an ‘appropriate’ depiction of our people in film. What it really comes down to is to do justice to an honest portrayal of our society in all its joy and conflicts. Malaria is not an uncommon disease in Tanzania. If anything, most of us living here have had it at least once. It can be deadly because of the inadequate response or infrastructure to the disease. However, it can also be treated. With my film, I sought to use humour and comedy to offer a nuanced and comforting approach to what could normally be considered a heartbreaking narrative.”

Gwamaka Mwabuka, filmmaker said: “I directed this film ‘Mbuland’ because of the grilling experience my family and almost the rest of my community went through with malaria. Unequivocally, this inspired me to direct this animated short. Sick, treat, recover, repeat” was a constant vicious circle of malaria, hurting my family throughout every rainy season. This was purely attributed to not adhering to simple practices of making our surroundings clean.”

The Comic Relief GSK partnership ‘Fighting Malaria, Improving Health’ has over the last five years supported projects working with communities and health workers to make a big impact on reducing the numbers of malaria cases. The Word Health Organisation has also revealed that COVID-19 is threatening the progress made against malaria.

Samir Patel, CEO at Comic Relief, said: “We are thrilled to be launching these outstanding animations that really convey malaria education in fresh new ways. By working with film makers close to local communities, forms of popular culture like animation can be expertly used to re-engage and inspire local audiences into positive action. These animations are both entertaining and enjoyable whilst delivering memorable prevention messaging that could save lives. I want to thank each director for these outstanding films and GSK for helping us deliver this important malaria prevention work.” 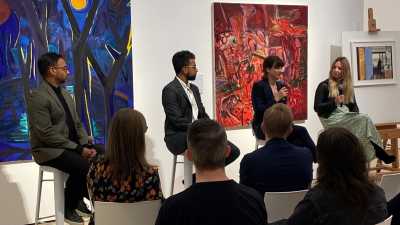 Art For Change: Changing lives through the power of the arts 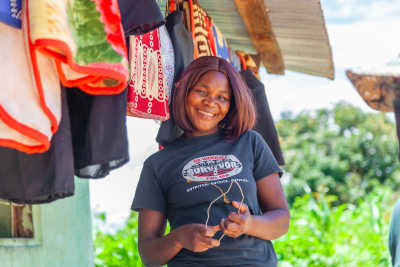