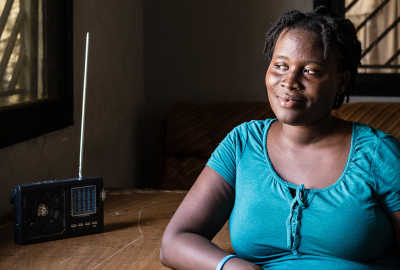 Eastina presents Tawa Fo Welbodi - which means ‘determined for health - a weekly Krio-language radio show produced by BBC Media Action, with funding from Comic Relief and GSK, that aims to debunk myths about malaria and educate people on its symptoms and how they can protect themselves.

When she was 21, Eastina was diagnosed with severe malaria. And, like Mariama, Eastina didn’t know how dangerous it was. Her diagnosis was a wake-up call and made her recognise just how important awareness of malaria symptoms and the right treatment is.

Madiama – a mother from Sierra Leone – knows first-hand the dangers of malaria. Her husband used to get very sick, and neither of them knew how to protect themselves from the disease, such as sleeping under bed nets and clearing away pools of stagnant water, which are breeding grounds for mosquitos.

The couple didn’t know what caused malaria either, believing that it came from oranges. It wasn’t until Madiama heard the Tawa Fo Welbodi radio show that she learned the true cause.

Produced by BBC Media Action with funding from Comic Relief and GSK,  the radio show, Tawa Fo Welbodi, aims to debunk myths about malaria and educate people on its symptoms and how they can protect themselves. -

Madiama explained: “The programme caught my attention because I thought malaria was caused by eating a lot of oranges.

“I was surprised, especially when they said that oranges, the very oranges I thought caused malaria, didn’t cause malaria at all. But only mosquitos cause malaria. I started to be more aware of what I was doing when mosquitos were around.”

Thanks to the radio show, Madiama now makes sure that she sets up her bed nets by 5pm. She says that since she found out about the importance of them, there hasn’t been a single night that her and her family haven’t slept under them:

“Mosquitos are good at hiding. If you don’t set up the net until late at night,  mosquitos can come inside. We close the front door; we don’t leave it open anymore. We learned that anytime you sit outside of your mosquito net then mosquitos can bite you. So now we are very cautious about when we leave the door open.”

Madiama says that it’s communities just like hers that really need to learn about malaria and the radio show is playing a huge part in educating people. Madiama is even passing on what she has learned to other members of her community – many of whom still believe the myths.

“These kinds of communities really need awareness. Even one of my friends who just gave birth, I noticed they were not sleeping under a net. Even when I told her about the net, it was a long time before they ever set it up. So, her baby got sick when she was about two months old and she took her to the hospital. They told her it was malaria. Then she insisted that they sleep under a net at night.

Beating malaria is a challenge and needs teamwork. Comic Relief and GSK are working together with communities in some of the most affected areas in the world, equipping them with the vital knowledge they need to prevent and treat the disease, giving children the chance to reach their full potential and communities the opportunity to thrive.

Tawa Fo Welbodi – launched in 2018 - can be heard on more than 50 radio stations across Sierra Leone and audience panel research has found that listeners’ knowledge of malaria, and confidence in knowing what to do if suspect they or their family has malaria, is increasing. 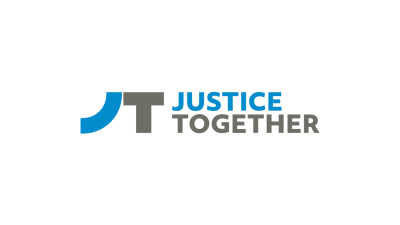 Justice Together launches strategy and first grants round