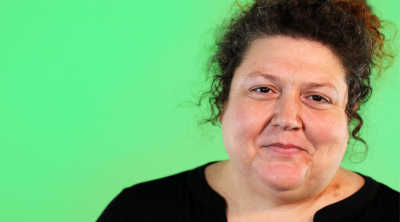 Growing up in a conservative area of Australia, coming out didn't feel like an option for Shari. There were no Pride parades, except for Sydney Mardi Gras which was very far away and not televised, so for years she felt hidden and didn’t feel comfortable or safe. But when she finally attended her first Pride event in Brighton after she moved to the UK, Shari says the experience was freeing and that for the first time she recognised she was not on her own.

“I think growing up in a community where visibility meant that you were in danger, being in Pride and being a part of Pride for the first time meant that that visibility was safer, and you felt connected.”

Because of her experiences growing up and as a Training and Development Coordinator at METRO Charity, which has been funded by Comic Relief, Shari feels a responsibility to young people who are struggling to feel visible and free to grow into the person they want to become.

“There’s a lot of fear that goes around it, fear about being different, fear about maybe being bullied. They’re so brave to overcome that and grow within that. I’m kind of in awe of that bravery and that expression they have.”

For Shari, being proud has meant creating her own family and community around her. By tapping into how her community makes her feel, she has been able to express pride every day.

“Pride is just a parade. The family I call family, they remind me that I’m part of something bigger."