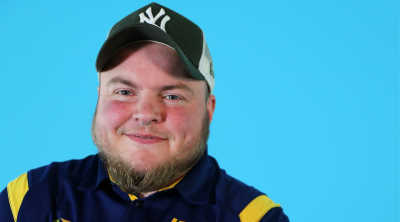 One of Verity’s lowest points came when he was assaulted while he was doing something he loved: playing rugby. It was during a competitive match for a women’s rugby team that an opposition player pinned Verity to the ground and spat blood in his mouth. The incident outed him to his community and to the media as a trans man.

Verity turned the deeply hurtful event into something positive, and has become a strong and positive voice for LGBT+ inclusion in sport. Losing both his parents by the time he was in his mid-20s meant that Verity’s one constant was elite women’s rugby, which he played for 26 years.

“Sport for me has been my everything, it’s been my family. When I transitioned and came out as a trans male, that caused a lot of issues and that’s why I put my life on hold. I didn’t want to come out and lose the one thing that I had that was my constant. I kept quiet for a lot of years.”

Last year, Verity suffered a back injury which left him unable to play the game he has loved for decades. But, soon enough, he found a new home and inclusive family with a mixed wheelchair rugby team.

“The worst question for me is 'am I allowed?' Nobody should have to ask if they’re allowed to be involved in sport. It’s everyone’s human right to be able to go out there and to be involved in whatever sport and activity, just to enjoy themselves and to be who they want to be.”