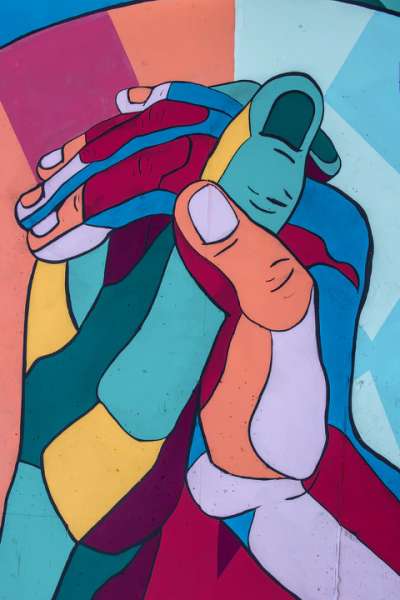 Power Up! is a global Comic Relief programme supporting work that builds power for women and girls on the issues they identify as paramount. Comic Relief’s investment aims to build connections between organisations, strengthening their work as constituents of a power-building movement to be more than the sum of its parts.

Comic Relief partnered with an intrepid learning coordinator, Barbara Klugman(opens in new window), to work with Power Up! funded partners and reflect on what we can learn about relationships and approaches for shifting power and building movements.

As part of a series of Power Up! blogs, this blog looks at the learning experiences of Power Up! in its first year, and the findings of an Outcome Harvesting(opens in new window) approach.

How to ask, and answer, the right question?

Barbara was tasked with convening funded partners to explore if and how their work is leading to women and girls having more power within their contexts. Finding a framework to both ask, and answer this question was especially challenging given the diversity of Power Up! funded partners, from their geographies to their programme approaches.

Barbara suggested that our funded partners’ annual reports could be used as data for an Outcome Harvesting ‘lite’ approach, particularly given that Comic Relief's reporting templates  are being tailored to the cohort -through a consultative process with funded partners- to better suit the nature of their work. Outcome harvesting(opens in new window) collects evidence of what has changed, and works backwards to determine whether and how an intervention has contributed to that change. It’s useful where outcomes(opens in new window) are difficult to define or link to specific actions, and seemed perfect for Power Up!

Creating a framework for power

In parallel to the Outcome Harvesting, Barbara developed a framework of power types from a literature review to compliment annual reports, defining power as agency to ‘define, decide, do’. The framework outlines different types of power:

She then used this framework to map out the harvested examples of where power had shifted from the funded partners’ reports, before linking them back to specific actions and approaches, validating them with funded partners.

Outcome harvested: Around 120 elected women representatives challenged norms by including marginalised women in the relief support they provided.

The results begin to articulate both what power has shifted and which approaches have contributed to this.

For funded partners: funded partners reported that they found both the power framework, and the outcome harvesting process, insightful and useful for both strategic and operational planning. For example, how to work as constituents of a movement to amplify impact.

For Comic Relief: this experimental, ‘lite’ Outcome Harvesting set an interesting precedent for future use and suggests significant potential for the approach both within Power Up! and beyond. Building on feedback from funded partners, Power Up! will likely repeat the outcome harvesting in year 3 when more outcomes will have had time to emerge.

In the meantime, you can read more about the early outcomes and contributions from year one in Barbara’s full report(opens in new window) which outlines the approach (‘lite’) and findings. Keep an eye out too for the next Power Up! blog which will delve into participatory learning, and consider tailoring how we learn to the needs of the funded partners.