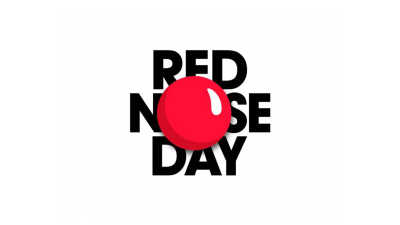 We’re very pleased to confirm that we have signed an historic license agreement with Chinese digital media company Baozou Ltd, which will enable them to pilot the first ever version of Red Nose Day in China on their online comedy show, “The Big Show with Nima”, which attracts an average audience of over 40 million people per episode.

As with Red Nose Day in the UK, the show in China will combine comedy and entertainment with the serious business of raising vital funds to help people living in poverty to improve their lives. The money raised during the event will go directly to the Baozou Foundation in China, who will then distribute the funds in line with Comic Relief’s vision and grant strategy, with 55% spent on projects within China and 45% spent in Africa.

Today’s announcement follows the success of other licenses that Comic Relief has awarded to international partners to enable them to run versions of Red Nose Day in their own countries. The format now operates in Finland, Germany, Belgium and Iceland and in May 2016, the second Red Nose Day USA raised an incredible US $35 million to help children living in poverty.

Amanda Horton-Mastin, International Campaign Director at Comic Relief, said: “Millions of people continue to live incredibly tough lives and we therefore need to work with many partners, and engage people living around the world, to help us to fight poverty and inequality.

“Comic Relief’s unique combination of comedy and entertainment with fundraising has proved highly effective and has enabled us to fund some really incredible work that helps some of the world’s poorest people. Our new partnership with Baozou will enable us to pilot Red Nose Day in one of the world’s fastest growing markets, and to trial an internet-led approach to the format which reflects our commitment to innovation and embracing the digital revolution.”

1st February 2017: Since we first made this announcement the date for Red Nose Day China has been reviewed, and will now take place on 1st June 2017 and will no longer coincide with Red Nose Day in the UK.