Comic Relief is thrilled to announce today that its fundraising campaign, Red Nose Day, is all set to head to the United States of America.

A spectacular, star-studded show will be aired on NBC as it televises the three-hour inaugural US Red Nose Day Live Special in May 2015.

In the UK, Red Nose Day has been inspiring the public to raise money for the past 25 years and it unites the nation in fundraising to help poor and vulnerable people at home and overseas.

Created by writer-director Richard Curtis in 1985, the idea of Red Nose Day was built upon the foundation that mass media and celebrities can help to raise awareness of poverty and inspire the public to raise money to save and change millions of lives.

Richard Curtis will serve as an executive producer for the NBC telecast and says “For many years I have dreamt of bringing Red Nose Day to the US and I am so excited that we have teamed up with NBC, who will do such a brilliant job on this. Experience has taught me how extraordinarily compassionate and generous Americans can be, and I’ve lived my life in awe of American comedy talent. So putting those two things together will, I hope, create an amazing event that will really make a massive difference to the lives of millions of children and their families in the US and in the poorest countries around the world.”

Entrepreneur, philanthropist and friend of Comic Relief, Bill Gates added: “I’ve been really impressed by how Red Nose Day in the UK has both raised large amounts money and also engaged the public on the issues of poverty. I hope it will have the same impact here in the US through this new partnership with NBC. As someone who’s put on a Red Nose more than once, I know Red Nose Day can be a fun and effective way to raise money and to shine a light on the opportunity to help the world’s poorest improve their lives. I hope lots of people from throughout the US will participate.”

Through personal donations and corporate partners, the live NBC benefit will raise money for established charities working both in the United States and around the world. Televised in front of a live audience, like its BBC counterpart, the NBC telecast will include individual stand-up performances, sketch comedy, parodies, live music and short films about the cause.

Guest stars on the NBC broadcast, as well as the charities involved, will be announced at a later date, so watch this space!

OVERWHELMING RESPONSE BY BRITISH PUBLIC DURING CHALLENGING TIMES AS £52,025,485 IS RAISED FOR RED NOSE DAY… SO FAR! 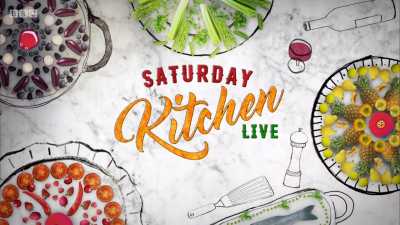