For the first time, Sport Relief will take to the court as Clare Balding presents a special celebrity and legends netball match during the weekend of the Netball World Cup final.

Hoping to carry out a childhood dream of lifting a sporting trophy, huge netball fan and comedy legend Jennifer Saunders will captain one of the star-studded teams. She will face tough competition from a team led by Strictly Come Dancing’s Oti Mabuse. Oti, who grew up playing netball in South Africa, will be hoping her years of dance training pay off as she hot foots it around the court at M&S Bank Arena in Liverpool.

The match will take place following two World Cup play-off games and spectators attending Session 16 on Friday 19th July will be able to watch this one-off Sport Relief match as part of their ticket. To buy tickets please visit: https://www.ticketquarter.co.uk/(opens in new window).

Viewers will be able to watch the match itself on the BBC during the weekend of the World Cup final (July 20/21).

Further details to be released soon so watch this space! 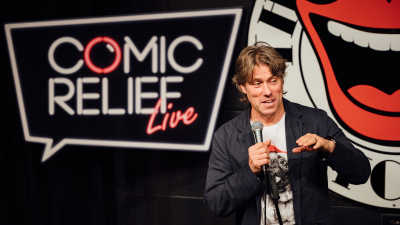