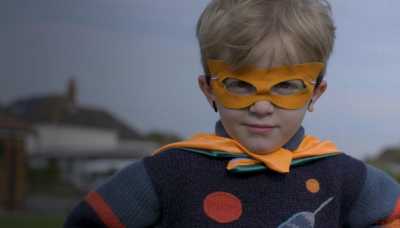 A superhero, ready to take on the world!

“Finding out that your little one is deaf is so hard but, for any parents reading this, I can assure you that it is not all bad! We are so proud of Arlo, and his deafness, and he brings so much joy to our lives. He rocks our world."

Four-year-old Arlo loves to play with his friends at school, is obsessed with cars, and regularly transforms into his superhero alter-ego, Captain Barry – ‘saviour of the bin men’!

His diagnosis, at just five weeks old, came as a real shock to his parents, Juliet and Andy, and marked the beginning of one of the hardest times in their lives: coming to terms with their little boy’s deafness and trying to imagine what the future might look like for him. 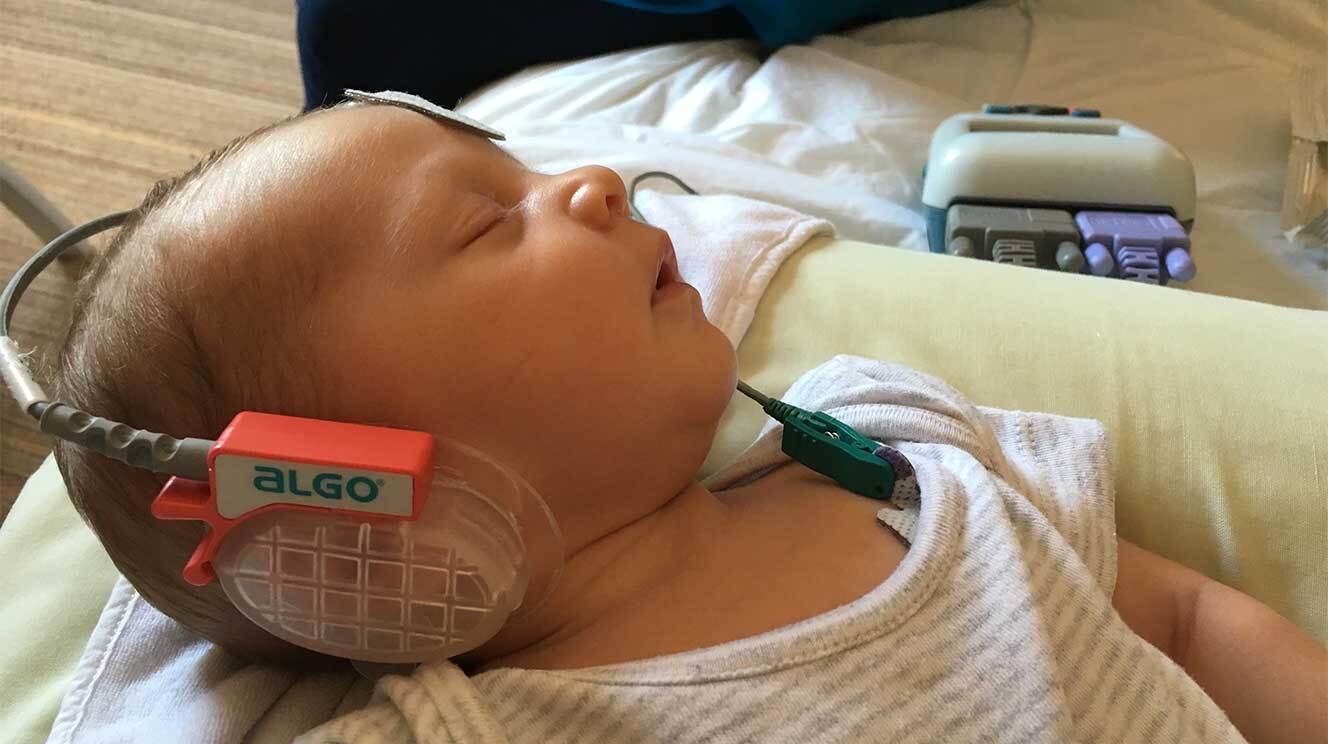 But support was at hand. Juliet and Andy were referred to the Elizabeth Foundation, which helps pre-school children with all degrees of deafness learn to listen and talk.

The Elizabeth Foundation supported Arlo and his family through the key first few years of Arlo’s life. They guided Arlo through learning to use his Cochlear Implant, and helped his parents learn how to support their child. Arlo has grown into a bright and confident communicator.

“We went for an audiology appointment when Arlo was five weeks old,” explains Arlo’s mum, Juliet. “We spent all morning, actually probably all day there doing the tests, and it became apparent that he had absolutely no hearing at any frequency at any sort of decibel level. [It was] obviously a massive shock and I remember the first thing I said was ‘Why? Why?’.

“During the first few months following the diagnosis… [we were] trying to get our heads around the massive curve ball which had been thrown at us.” 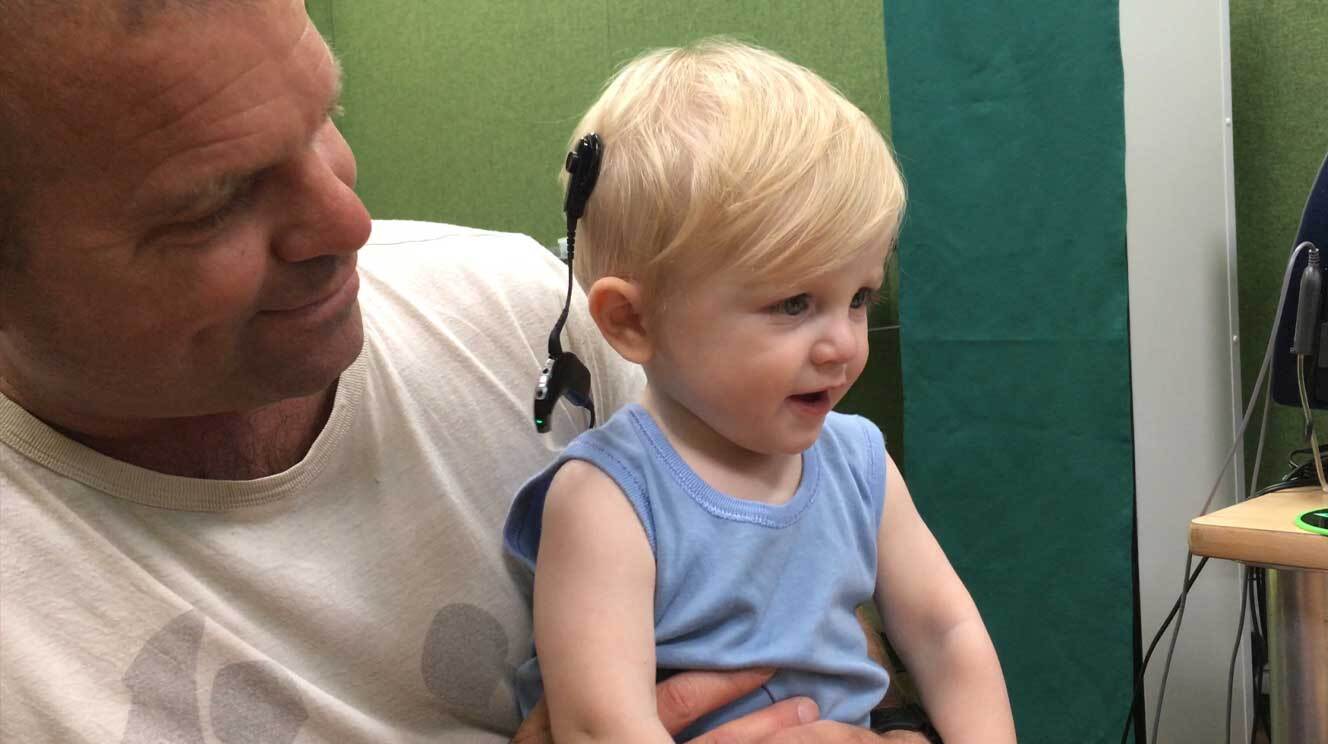 “Most of my maternity leave was taken up with hospital appointments and that was quite difficult, seeing all your other friends you met through the NCT course and they’re all meeting up for coffee and getting on with their new babies, and there we were, in quite a different situation, having to go through all the processes and all the appointments.

“It was a very uneasy time, an unknown time of not knowing what the future held… you know, you have an idea of your life and what’s going to happen, and suddenly this is thrown at you and you’re like ‘Woah’, okay, that’s a real game changer… we’ve now got a deaf child, and not knowing anything about it and feeling quite in the dark was quite unnerving.”

“We worried that he’d never hear us say that we love him.”

Finding the Elizabeth Foundation marked the beginning of a journey for the whole family.

“In February 2017, we visited The Elizabeth Foundation for an open day to learn more about the facility and what they offer. We were aware that what they offered was unique and there was nowhere else like this in the UK." 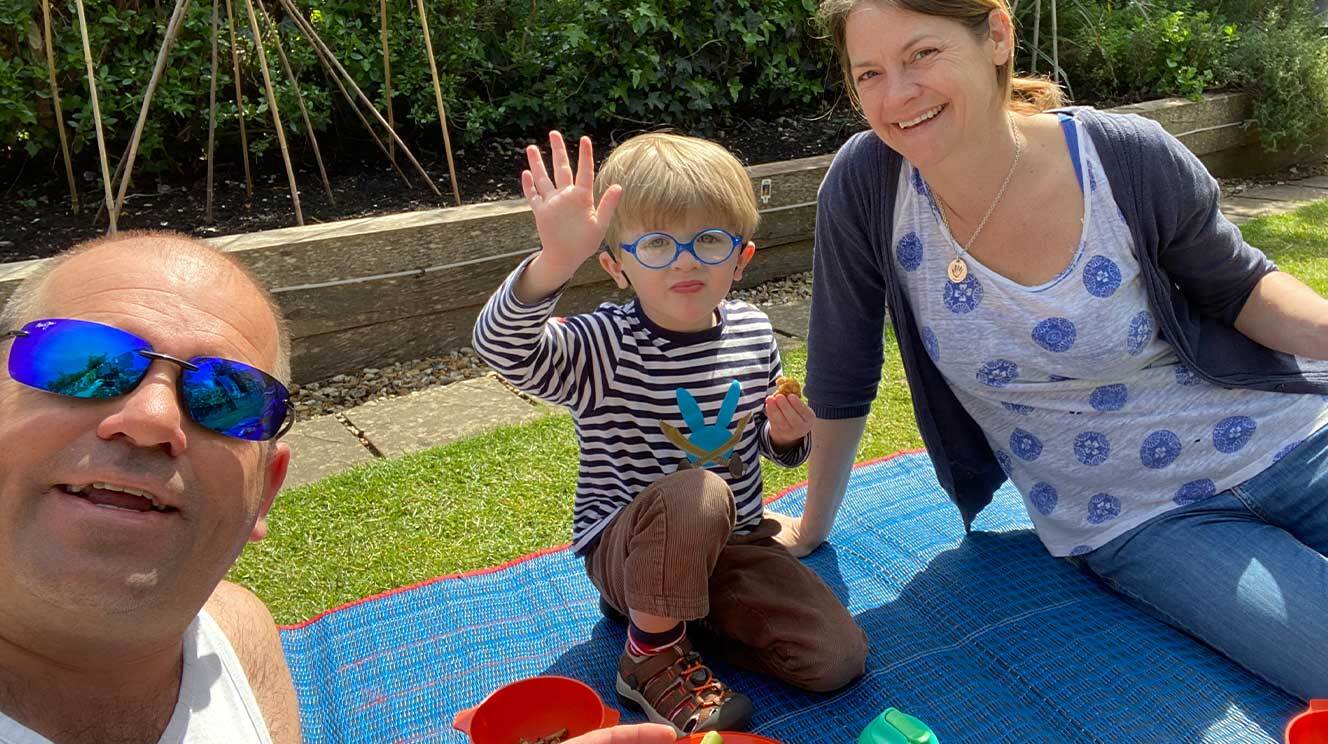 “Arlo [started] in the Baby Group the following September… Around the same time Arlo had surgery for Bilateral Cochlear Implants, with ‘switch-on’ a couple of weeks before his first birthday… [He] now had access to sound.

“Our Thursday morning sessions in the Baby Group were such a special time. Not only were we equipped with a wealth of knowledge and information about hearing loss and listening and language development, but these two-hour sessions were a time for me and Arlo to bond even further with each other too…

“Seeing Arlo’s little face light up when he banged the drum or jiggled the tambourine gave us so much joy.

“Moving on to the Toddler Group, about six months later, it was wonderful to see our little boy develop in confidence as he sat there on his little chair next to his friends, attending and listening. Nicky, his fantastic teacher, created a fun and caring environment with lots of activities to hone-in on listening and early language development...

“Even before he was two years old, he was able to string two or three words together. He was overhearing conversations and starting to mimic what my husband and I were saying… his speech and language skills were on par with hearing children his own age – remarkable!”

“He always looked so happy and content and I always knew he was having the best time, while learning lots too.”

Four years later, and Arlo is now boldly embracing his first year at mainstream school and taking life’s challenges in his stride…

His parents are delighted, as Juliet explains:

“Our journey with The Elizabeth Foundation has been such a success and they have really helped us, and Arlo, to get where we are today. He has excellent speech and language skills and is a great listener and communicator. He is a confident, happy little boy with a great sense of humour.

“Our sessions at The Elizabeth Foundation have always been a highlight of our week… One of our proudest moments was when he played the part of Joseph in the Nativity performance. This was such a heart-warming moment – not just seeing our own little boy deliver his lines so beautifully in front of a room full of people, but all of the other children did brilliantly too.

“As we look to the future and Arlo’s… I am sure there will be challenges ahead, but it gives us great confidence that he has had such an incredible start in life.” 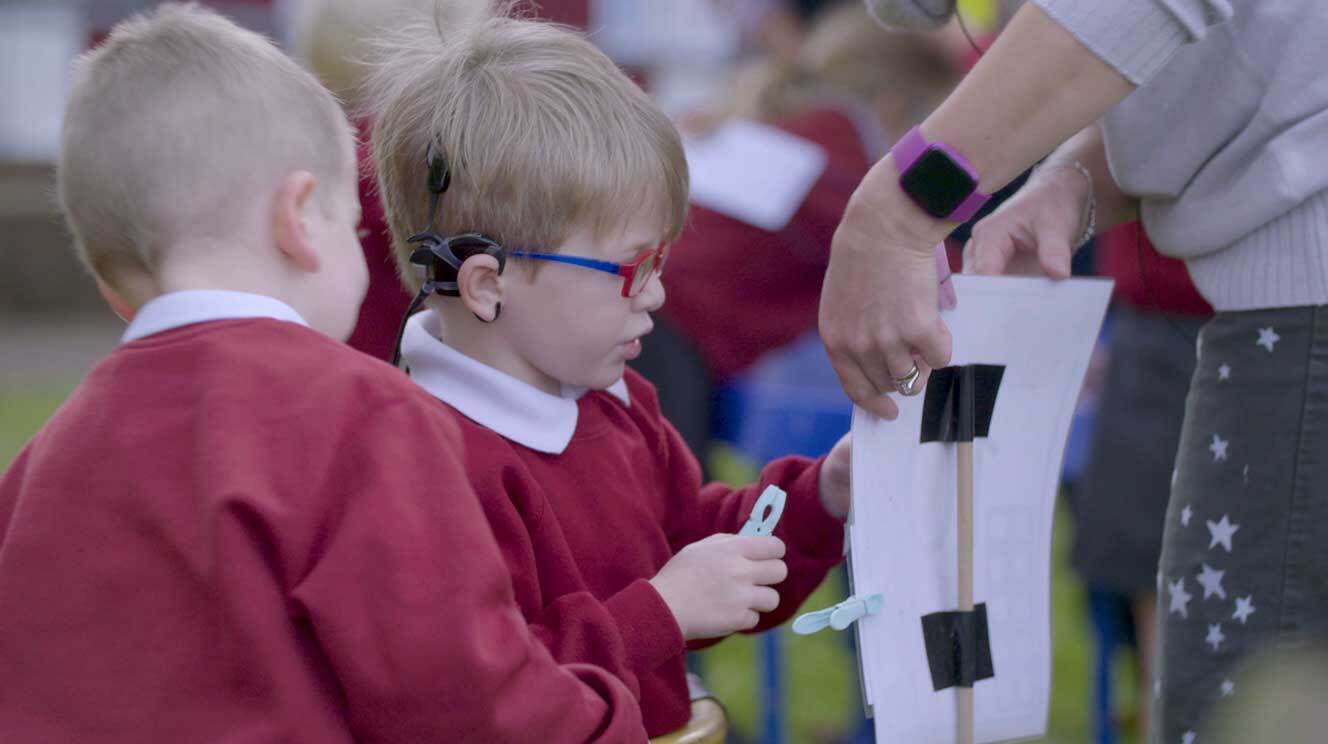 “The key for us is really making sure that he has got that confidence and resilience going forward… and to be proud of it [his deafness]… exactly like a superhero!”

The first five years of life are the most important period, during which a child’s brain develops neural pathways that support speaking and listening. Early diagnosis and support is critical for deaf and hearing impaired children, as without the right support in place, their speech and language development can be affected.

Around four babies are born deaf every day in the UK, and many more born with a mild to moderate hearing loss.

There are estimated to be around 6,500-7,000 children in the UK aged under five with severe, to profound, hearing loss.

The Elizabeth Foundation works with families across the UK, through education sessions for parents and deaf children up to five years old, monthly sessions with children who are deaf and/or have Down Syndrome, and support for children to transition into mainstream education.

The work they do helps children reach their developmental milestones, experience improved communication and reduced risk of isolation – and helps parents to better support their child.

We partner with organisations like The Elizabeth Foundation, in the UK and around the world, to ensure that every child has the best possible start in life. 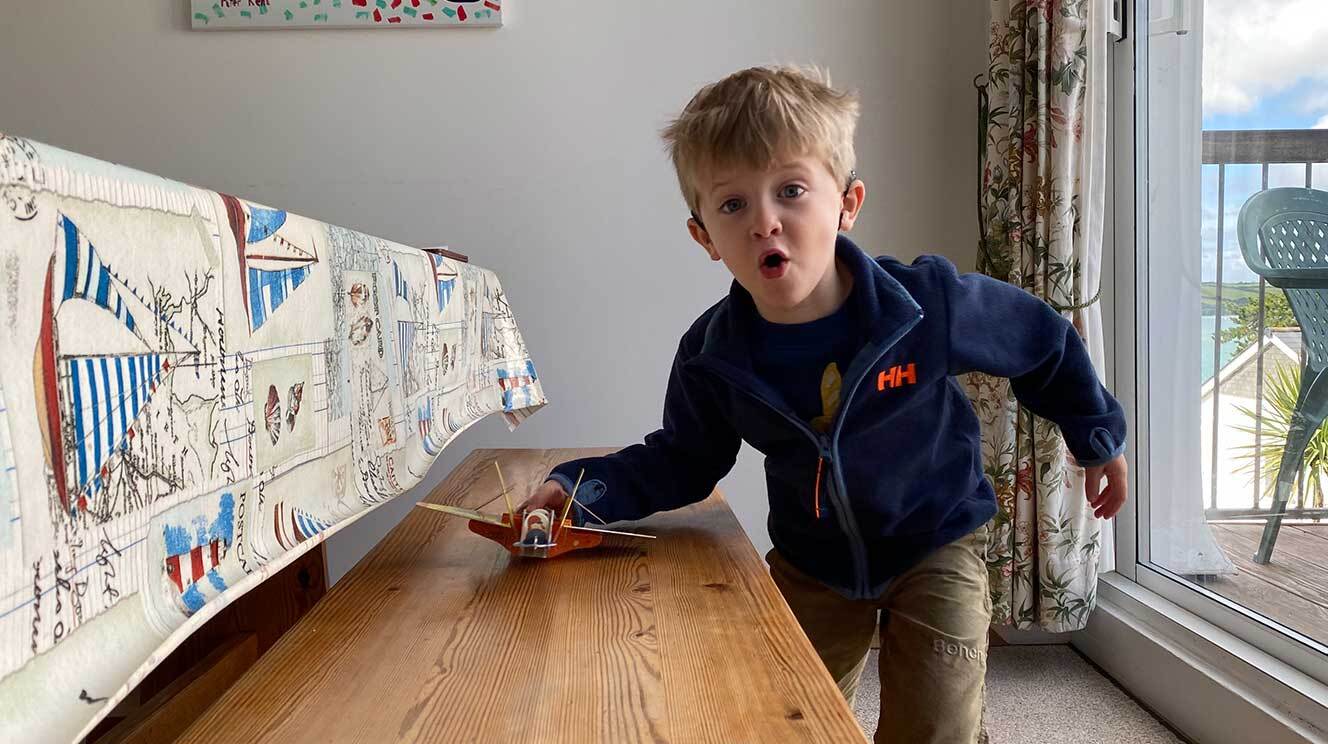 Ensuring all children have good health, nutrition, care, stimulation and that they grow up in safety, is a global challenge.

In low, and middle-income countries across the world, 250 million children under the age of five are at risk of not reaching their developmental potential.

We are committed to supporting families and communities to meet all young children’s needs, so that children all over the world have the opportunity to grow into happy, healthy and confident people.

Your donations to Comic Relief allow us to support organisations that help children like Arlo. Whether in the UK, or around the world, we want to ensure that children everywhere survive and thrive.