BBC Radio 1 makes listener’s dream come true by supersizing Sport Relief fundraising challenge • Step To Everest challenge sees teacher Phil climb equivalent of Mount Everest’s summit in just five days • Epic adventure will take father of four to range of surprise locations • Sport Relief is back on Friday 13th March Click here for images and videos For Sport Relief 2020, BBC Radio 1 is throwing down the fundraising gauntlet to its audience by supersizing a listener’s fundraising efforts to epic proportions for the Step To Everest challenge. Over the years, the radio station has raised hundreds of thousands of pounds for Sport Relief with its presenters embarking on rigorous physical tasks. Now Radio 1 has switched things around and is shining the spotlight onto teacher Phil from Staffordshire. The father of four was proclaimed the lucky winner following a call for entries that invited listeners to share their fundraising ideas. Phil has always dreamt of climbing Mount Everest but has never been able to take time off for the lengthy training and preparation required. As an alternative, he hoped to tackle the world’s highest mountain by conquering its height and scaling a gruelling 8848 metres from the stairs at his home. Yet, Sport Relief and BBC Radio 1 had other plans and decided to take Phil on an adventure of a lifetime by supersizing his fundraising activity with the Step To Everest challenge. While Step to Everest did indeed kick off at his home on Monday, the next few days will see an unsuspecting Phil head to a mystery location each day and experience how Radio 1 will supersize the challenge. Each new location will be exclusively revealed by Radio 1’s Nick Grimshaw on his Drivetime show. BBC Radio 1 listeners will be able to follow Phil’s progress in real time, with regular check-ins on the station’s programmes, supported by hosts Greg James, Arielle Free, Clara Amfo, Scott Mills & Chris Stark, and Nick Grimshaw. They will also be able to support Phil on his journey by donating at sportrelief.com/StepToEverest Commenting on his challenge, Phil says: “It’s always been a dream of mine to do something out of the ordinary, to push myself to my limits. Thanks to Radio 1 and Sport Relief, this dream looks set to become a reality - 'climbing Everest' but without the risk of frostbite! My biggest wish is that people’s lives will be changed for the better as a result of this challenge, and awareness will be raised for some of the amazing charities that are supported through Sport Relief.” BBC Radio 1 presenter Greg James adds: ”No ridiculous challenge for me this year...Instead, we’re flipping it on its head and putting one of our listeners centre stage. We’ll use the power of Radio 1 to supersize teacher Phil’s challenge. We’re bringing the mountain to him as he tries to climb the height of Everest on stairs. The listeners to Radio 1 always relish these challenges and I can’t wait for Phil to experience it all.” Money raised will help tackle issues such as homelessness, domestic abuse, mental health stigma and child poverty, in the UK and around the world. For more ideas on how to get involved with Sport Relief, click here. ENDS FOR MORE INFORMATION, CONTACT: Comic Relief Media Team  media@comicrelief.com  0207 820 2500 NOTES TO EDITORS:  For more photos and video clips, click here About Sport Relief Sport Relief returns on Friday 13th March, bringing the UK together to get active and raise life changing money through the power of sport. The money raised by Sport Relief supports people living incredibly tough lives in the UK and around the world by tackling issues such as homelessness, domestic abuse, mental health stigma and child poverty.     Comic Relief created the first ever Sport Relief in 2002, and since then, eight Sport Reliefs have raised over £378 million. For more information about Sport Relief, please visit www.sportrelief.com.    Sport Relief is an initiative of Comic Relief. Comic Relief is the trading name of Charity Projects, a registered charity in England and Wales (326568) and Scotland (SC039730), which is a company limited by guarantee registered in England and Wales (01806414). Registered address: 89 Albert Embankment, London SE1 7TP.  Social: @SportRelief Hashtag: #StepToEverest About BBC Radio 1 BBC Radio 1 is the UK’s No.1 youth station, targeting 15 to 29-year-olds with a distinctive mix of new music, entertainment and programmes focusing on issues affecting young people. The station is the soundtrack to young people's lives in the UK and has been for over 50 years. Radio 1 has an audience of around 10 million listeners, 14 million weekly viewers and 9.5 million social users. It is the most watched radio station in the world, with 8.7 million subscribers to its YouTube and Vevo channels and over 3.3 billion total views on the platform. One of the station’s key purposes is to support new British music and emerging artists. It champions a breadth of live music through events like Radio 1’s Big Weekend, Radio 1’s Teen Awards, Radio 1 in Ibiza, BBC Music’s Sound of 2020, and Live Lounge Month, as well as regular performances from the Live Lounge and Maida Vale studios. BBC Radio 1 is a truly multiplatform station, enabling young audiences to connect to the network and to listen, watch and share great content both at home and whilst on the move, whether-via BBC Sounds, on the radio ; Radio 1’s YouTube channel; Radio 1’s BBC iPlayer channel; online (www.bbc.co.uk/radio1); Freeview and other digital television platforms; and via mobile. 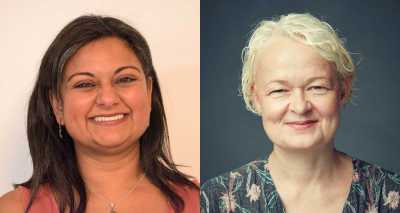